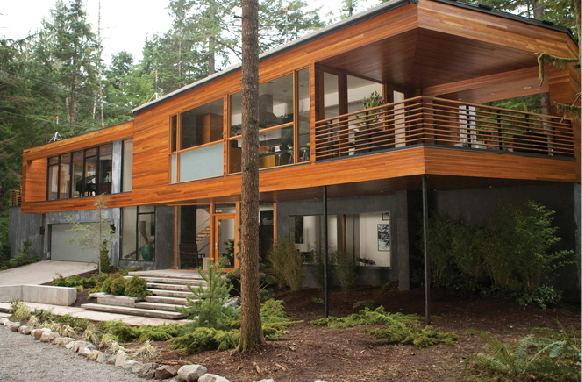 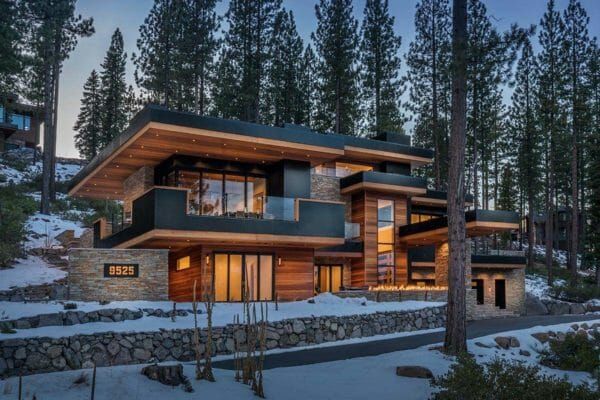 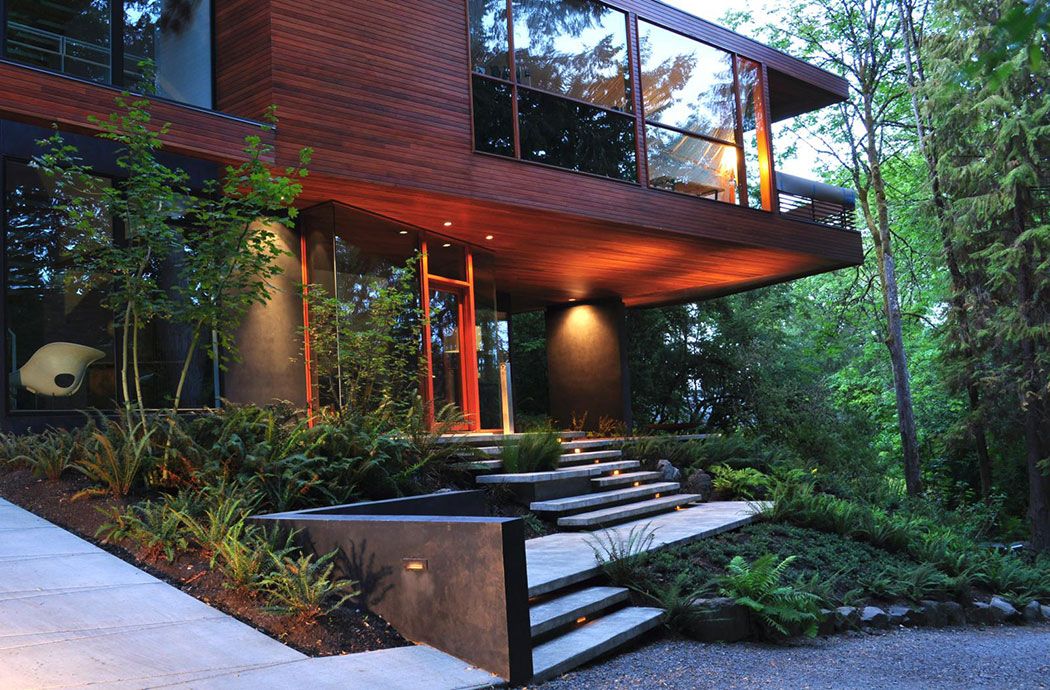 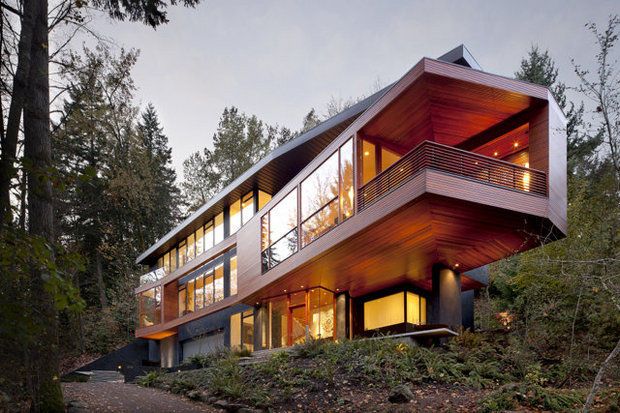 Jeff Kovel of Skylab Architecture designed a modern residence with a large cantilevered patio space above Portland's Macleay Park. The house was known for its owner, Nike's footwear director John Hoke, but then it became even more famous when it appeared in the "Twilight" movies. The house, with its floor-to-ceiling glass walls, was selected because it's the antithesis of a dark vampire lair for the fictional Cullen family. 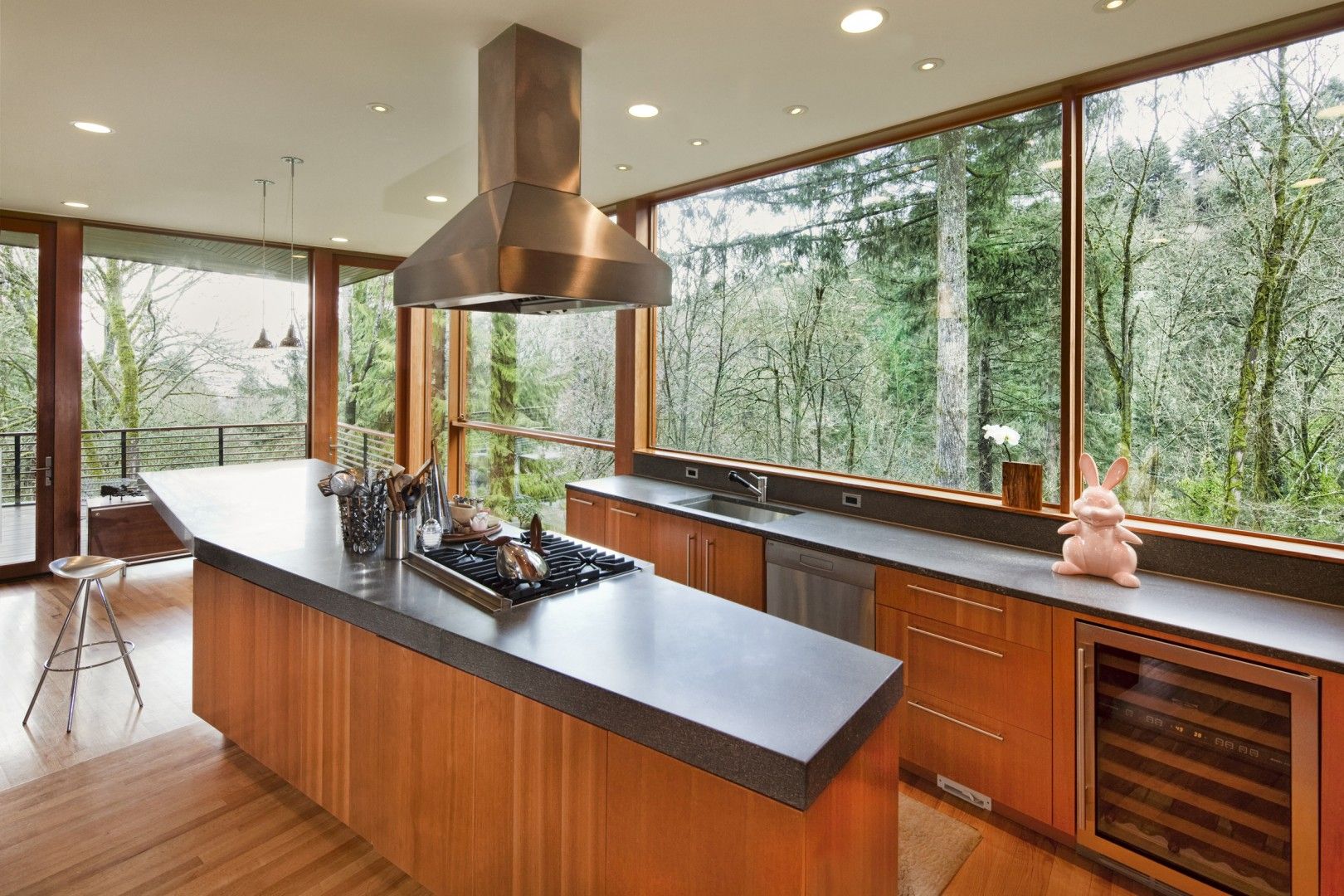 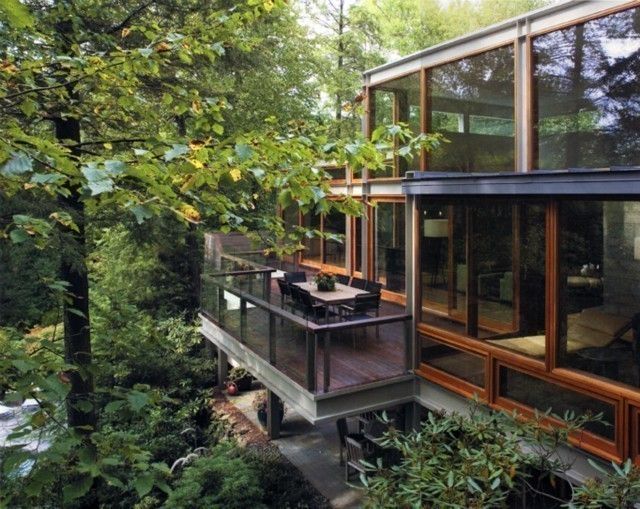 Another amazing modern building by Ogawa / Depardon. Tree house heaven! According to Remodelista.com, the firm was commissioned to renovate & restructure an existing modernist house in Bedford, New York. The design consisted of tearing off the back wall of the house & restructuring it with a steel frame. This allowed very large custom wood & glass windows to be introduced giving full-unencumbered access & views to the beautiful site. 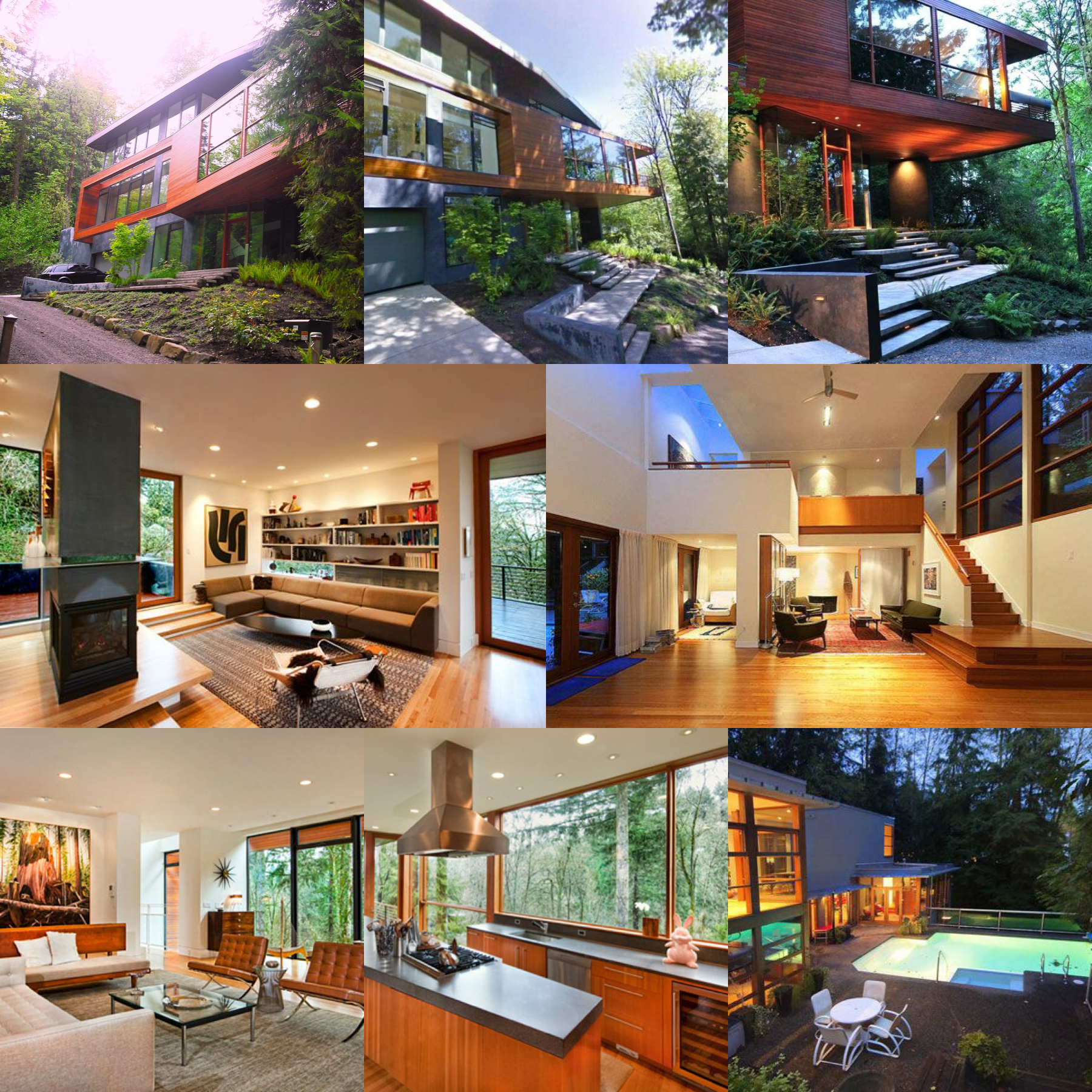 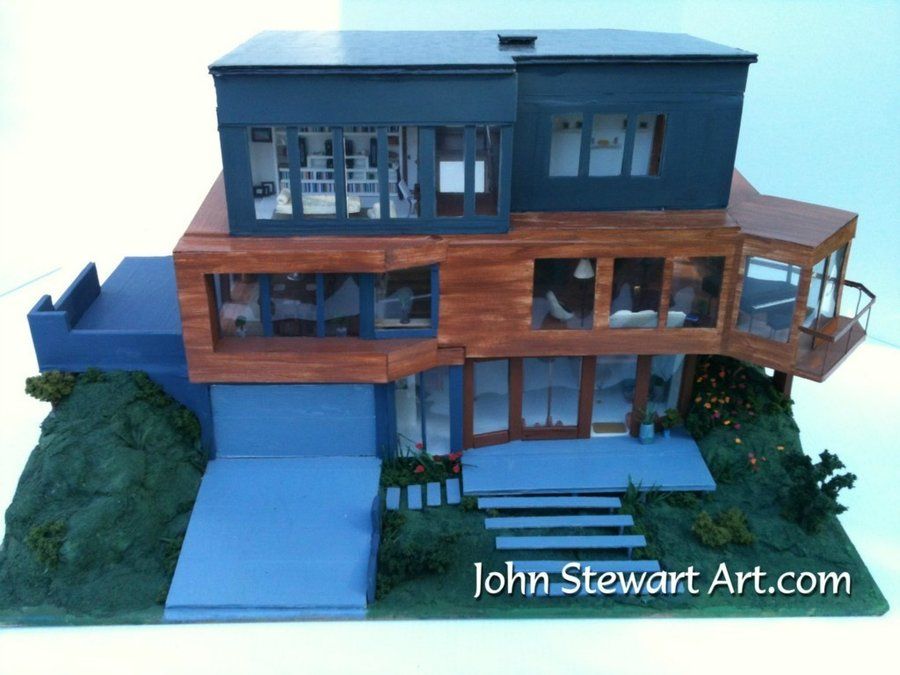 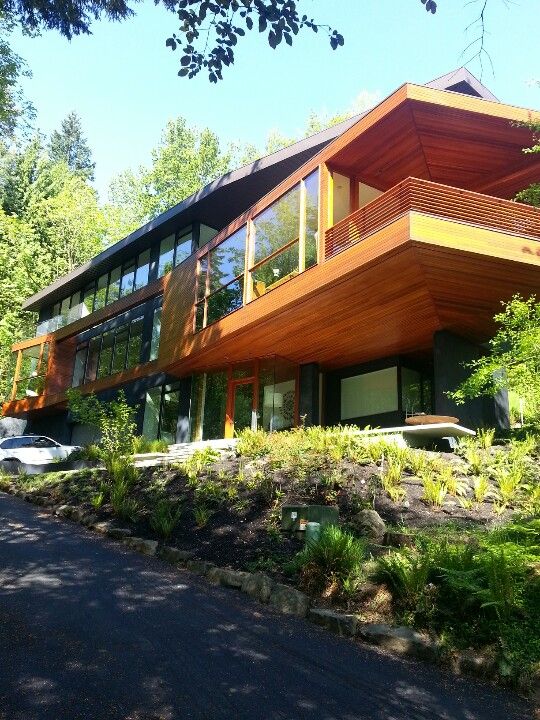 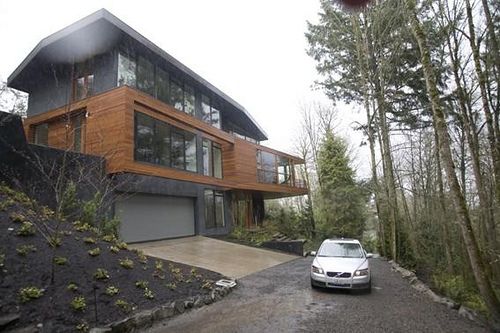 The Cullen House from "The Twilight Saga." Not exactly what was described by Stephenie, but Esme can do wonders. 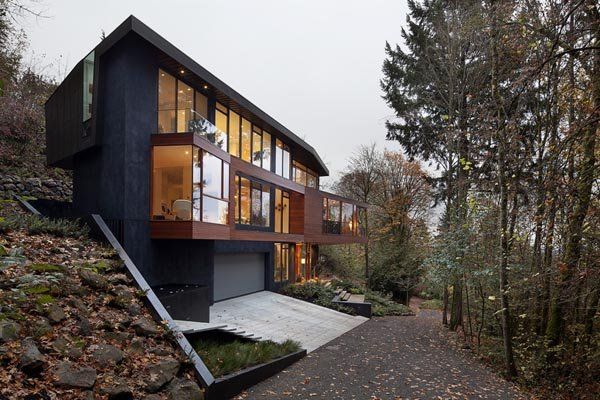